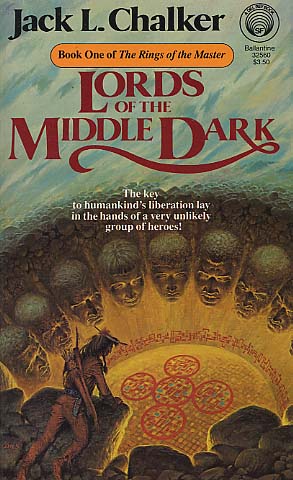 Long ago, legend had it, the machines rebelled, wiping out most of humanity and exiling the survivors in widely scattered reservations where they lived according to their ancient cultures. Master System ruled unchallenged, since the key to breaking its control--five microchips disguised as gold rings--was long forgotten. And Master System was careful to keep it that way.

Then an Amerindian called Hawks stumbled across secret information about the five gold rings and their purpose. And on the other side of the world, a Chinese girl genius dared to interfere with a computer system to avoid an unhappy future as a humble and obedient Oriental wife.

Suddenly Master System was after them both--and it looked as if their only hope lay in finding the rings themselves...