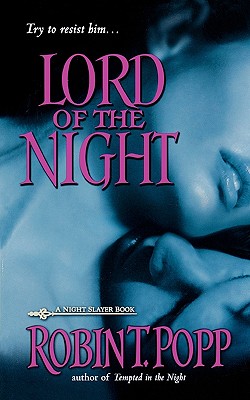 Share:
LORD OF REVENGE
After vampires killed her parents, Kacie Renault devoted herself to becoming a vampire slayer. But now, desperate to begin a new life, Kacie decides to trade in her sword for a spreadsheet...only to be accused of murdering a powerful member of the undead. Suddenly this fierce woman is being hunted by a merciless clan--and one ruthless, seductive adversary she can't resist.

LORD OF PASSION
Erik Winslow is shocked to discover the slayer he trained has murdered his best friend. Now he must decide if he will avenge the death or stand against his fellow vampires to save a woman who defies--and captivates--him at every turn. But when she falls victim to a force more formidable than his own, Erik will taste a desire he can't resist...and a hunger neither he nor Kacie can control.