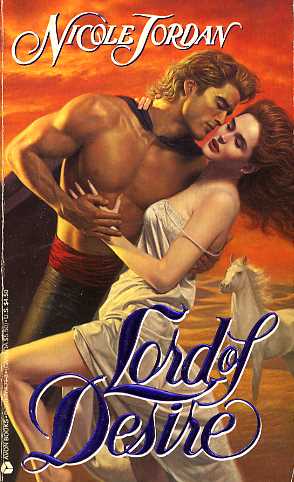 Alysson Vickery, wealthy, beautiful, and wildly rebellious, leaves France to join her fiance, a French colonel, in war-torn Algiers. There she meets Nicholas Sterling, son of an English noblewoman and a Berber sheik. Known as Jafar el-Saleh, the notorious golden-haired Algerian rebel, he has sworn vengeance against the French colonel whom he holds responsible for his parents' deaths.

Seizing the unsuspecting Alysson, Jafar carries his lovely prey into the exotic wilderness, only to discover his prisoner is a spitfire-a free-spirited beauty he vows to tame. But the gentleness of his powerful embrace fills Alysson with a hunger that shocks and shames her...and drives her to a foolhardy flight from which only he can rescue her. Driven by a fierce passion that consumes them both, they are joined in a fierce alliance of danger and desire, captives of love in a war between two worlds.