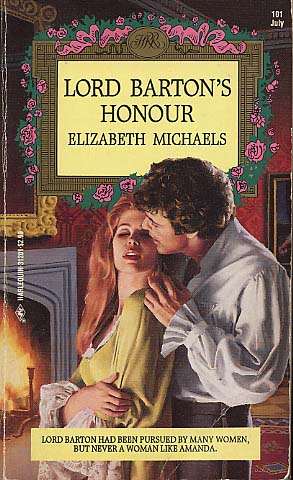 When William, Lord Barton, found Amanda Stratton stowed away in his cabin on the Cumberland Rover, he immediately assumed the worst. What could she be but another of those infernal fortune-hunters he'd been dodging for years? Except this one was more clever than most-she had caught him.

What he didn't know was that she was fleeing a far worse fate than marriage to a stranger. Her uncle had promised her to l'Ange Infame, a decadent French nobleman who had not given up his designs on her person.

Nor did he understand Amanda's opposition to his proposal. She was far from the compliant and grateful bride he had expected ....