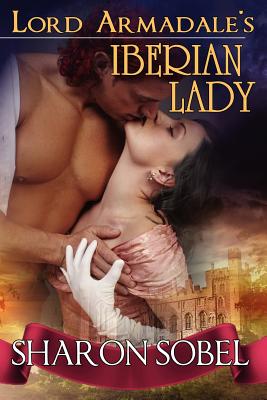 Share:
Even her family's ball cannot distract Lady Cassandra Eastham from the very serious business of her life. Secretly, she has assumed her father's work of translating highly confidential documents for agencies of the British and Portuguese governments in order to hide her father's illness. When an important message arrives on the night of the ball, Cassandra, eager to read it, escapes to the seclusion of a dark corner. There she is interrupted by Weston Barrington, the Earl of Armadale and a hero in the Peninsula War, who has only recently returned to England from Portugal. Although Lord Barrington appears eager to resume the life of a privileged English gentleman, Cassandra instinctively distrusts him and refuses to be seduced by his blue eyes and fair hair, or romanced in her late mother's language-Portuguese. Lord Armadale-West to his friends-has managed to become a live-in guest of the Eastham family to determine if there is a spy among them, but West is drawn to Lady Cassandra despite his determination to remain a bachelor. When a brutally injured young woman arrives at Eastham House and dies in the marble foyer, the incident unites him and Cassandra in a dangerous partnership. The dead woman cannot be an accidental target for murder. Despite being dressed in rags, she looks enough like Lady Cassandra to be her twin sister. And Cassandra might be the murderer's next victim. As Cassandra and West work together to uncover the woman's identity and why she came to Eastham House, West comes to realize his responses to his beautiful partner have more to do with desire than detection and deceit, and he is determined to do battle to save the life of the lady with whom he is falling in love.