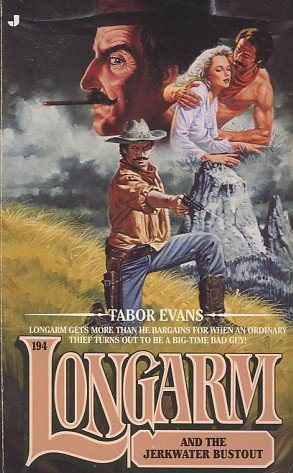 Longarm's got an easy enough chore: catch a train to California, pick up a prisoner, and deliver him to Denver. His crime? Mail theft. Longarm jumps at the chance. All aboard for some R&R.

But Buster Hoover isn't an ordinary prisoner. He's involved in a mite more than stealing love letters -- like murder -- and some real clever armed robbery for big money. So when Buster's friends show up at the train's watering hole to bust him out, Longarm's suddenly up to his cheroot in rifles -- all aimed at him!