Long Ago and Far Away — Marylyle Rogers 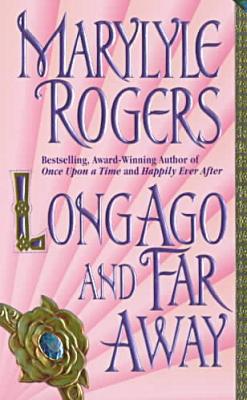 Share:
In Ireland of 1127, the Fairy Kingdom is more than a beautiful tale to lovely young Hildie. It's the realm of Kieron, whom Hildie loves above all mortals. As a child she rambled at his side, listening with breathless wonder to his stories of magic and adventure. As a woman she is captivated by his charm and his strength, but her heart breaks with the knowledge that he can never be hers.

All his life, Kieron has watched over the raven-haired lass, delighting in her beauty and her soaring spirit. Now that she is of an age to marry, Kieron sees that he could lose his beguiling lady to a human husband. But Kieron has always been known to tempt fate. . .

Fate, however, adds a twist when Kieron discovers that Hildie is the only person who can save both the fairy kingdom and the mortal world from a dangerous threat . . . a looming curse that could destroy their worlds and keep Kieron and Hildie apart for all eternity.