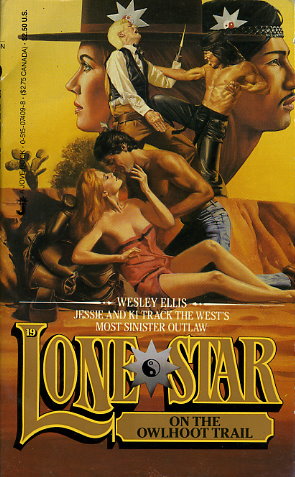 Share:
"THE ICEMAN"
His real name was Von Eismann. Captured by Ki, sentenced to life for murder and sedition, now the dreaded German has escaped from the hellhole of Yuma Prison. When Von Eismann's cronies kidnap Babette, the beautiful chanteuse who is also the warden's daughter, Jessie and Ki must save the girl and bring the outlaws in.