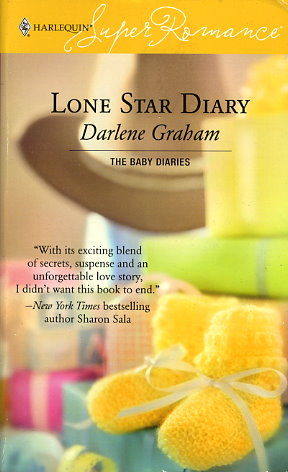 Following years of heartbreaking miscarriages, Frankie McBride has left an unhappy marriage and returned home to Texas, where an unexpected attraction to Texas Ranger Luke Driscoll turns into an unexpected pregnancy.

Luke's wife and child died six years ago, and while he has a reputation as a tough cop, he's wary of heartbreak. Frankie keeps her secret from Luke because she's certain she'll lose this baby, too--and can't stand the thought of putting him through that pain again.

As the weeks pass, Frankie is amazed to realize that she just might carry this baby to term. But now she knows she has to face Luke....