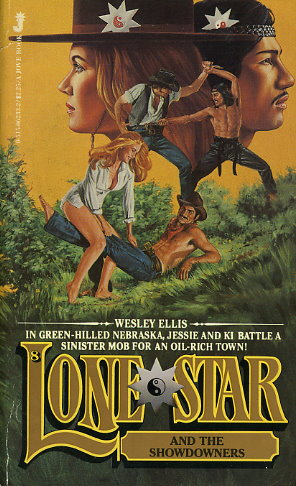 Share:
To defend the Starbuck empire's territory, Jessie and Ki must stop Julius Goodpaster and his gang of desperadoes from taking over godforsaken Beacon, Nebraska -- lock, stock and oil barrel. Recovering from a gunshot wound, Ki is forced to fight "single-handed," while Jessie struggles to free herself from kidnappers and stop a hanging -- her own!