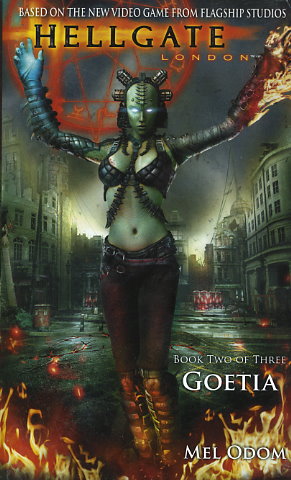 Share:
2024: Four years after the Demons opened the planar rift known as the Hellgate, mankind's desperate struggle to survive continues. Simon Cross, expatriate of the secret Templar order, works to find and transport survivors out of the ruined city. Hiding within London's Underground system, Simon is raising an army to fight against the encroaching Darkness. Now, he battles the monsters that roam the city and fends off a jealous Knight who plans to take Simon down...all while striving to reunite the divided Templar forces.

Warren Schimmer, a Cabalist who is magically linked to a powerful demon, searches for Goetia. Also known as the Lesser Key of Solomon, this ancient artifact could provide the forces of good or evil with an edge in the ongoing war. Standing in his path is Simon Cross. Warren has made a bargain with his Demon lord for survival and the promise of vengeance against the persuasive Templar...but a Demon's promise is made to be broken.