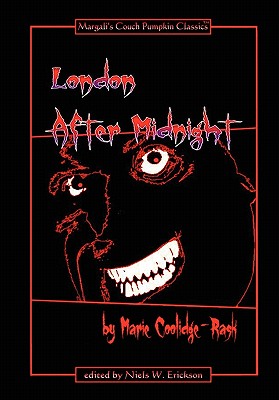 Share:
The most successful of all the collaborations of director Tod Browning and legendary Lon Chaney, "The Man of a Thousand Faces," was LONDON AFTER MIDNIGHT, their long-lost silent "Mystery-Thriller." But now Marie Coolidge-Rask's novelization (based on Browning's original screenplay) is back in print for the first time since its original publication, complete with its original photo-illustrations. Not a facsimile edition, this Couch Pumpkin Classics printing contains additional features exclusive to this edition, including "Transylvania to Prague via London ~ After Midnight" by THRILLER THEATRE host Margali Morwentari.