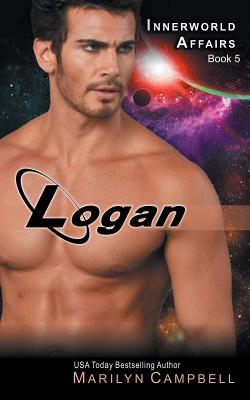 
Innerworld Emissary Tarla Yan's covert assignment as an Army nurse is finally over. On a flight back to America, surrounded by human medical personnel, wounded soldiers and convicted criminals--the worst of which is Logan McKay--a freak lightning storm transports the cadre of warriors to Heart, an alternate dimension where the sky is green, the grass is blue and women rule.

The female rulers of Heart immediately incarcerate the arriving barbarians and Tarla finds herself in a small cell with Logan; she the assigned mistress, and he the servant.

As Logan chafes against his new role and fights to hide his criminal past, Tarla holds fast to her human cover, while both struggle with rising desires. Then Heart's rulers arrive with an offer for Tarla: lead her experienced warriors in a war to defeat the invading alien force in exchange for freedom.

Now Tarla and Logan must figure out how to work together for everyone's survival. But the heat of battle soon requires Logan to use skills that reveal his dark criminal past and Tarla faces exposure as alien as the approaching enemy.

MEET MARILYN CAMPBELL:
Marilyn Campbell is a USA Today Bestselling author and a true thrill-junkie who believes a great roller coaster ride can cure whatever ails her. Marilyn resides in Massachusetts, with her four-legged companions, Milk-Dud and Sweetie.