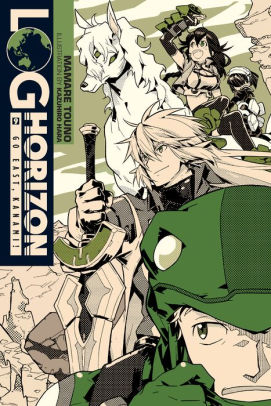 Share:
When the Catastrophe hit, American Elder Tales player Leonardo was one of the many people trapped. Stuck on the Chinese server with none of his friends and surrounded by thousands of monsters, his situation is hopeless...until a headstrong girl comes to his rescue! Kanami, the former Debauchery Tea Party leader, recruits him for her party. Along with the hero Elias, the blank-faced healer Coppélia, and a strange white horse that can talk, the group resolves to travel to the Japanese server, the only place where the new expansion pack unlocked before the Catastrophe struck. The long trek eastward begins!