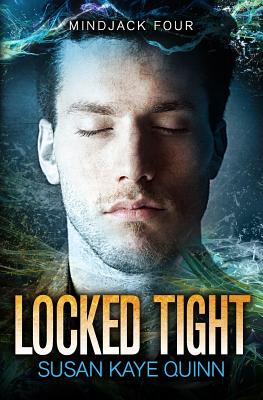 
When mindreaders run the world, being a jacker makes you a weapon.Zeph can break open the toughest minds—or lock the weakest—which only means every Clan leader wants to own him. He did as he was told, kept his head down, and tried to shut out the screams. But when they came after his family, he hugged his kid sister goodbye and ran away to keep them safe. For two years, he’s passed as a reader. Then his family disappears, readers start changing into super jackers, and Zeph is forced to return to a city filled with jackers who hate him. To find his family, he must trick a mindware CEO into helping him, avoid a girl who knows him too well, and spy on the most powerful jacker in the state.All without dying or revealing his abilities—or being caught in the firestorm of hate between jackers and readers that’s threatening to pull the world apart.The bestselling Mindjack Series continues with an all new character and a world of mindreaders and mindjackers as you’ve never seen it before. LOCKED TIGHT is the first of three Mindjack novels from Zeph’s perspective. (See The Locksmith for Zeph’s origin story.)MINDJACK: KIRAOpen Minds (Book One)Closed Hearts (Book Two)Free Souls (Book Three)Mind Games (Book Four) - novellaThe Handler (Book Five) - novellaThe Scribe (Book Six) - novellaKeeper (Book Seven) - novella MINDJACK: ZEPHLocked Tight (Book One)Cracked Open (Book Two)Broken Wide (Book Three)The Locksmith (Book Four) - novella FORMATS AND TRANSLATIONSMindjack available in ebook, print, audiobook, French and German LIVE ACTION TRAILERVoted Best Trailer at the 2014 Illinois International Film Festival and one of 50 Most Cinematic Trailers Ever Made – check it out at Susan’s website.