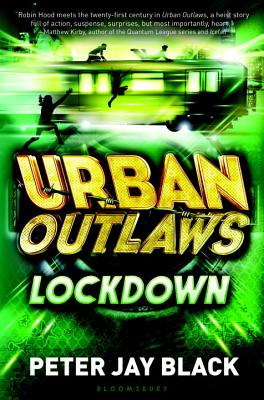 Share:
When an ally betrays the Urban Outlaws and steals a dangerous computer virus, the kids have no choice but to team up with a shadowy figure known as "The Shepherd" to take down their foe. Even though the kids aren't sure who to trust, their jobs--and more importantly, their lives--are at stake if they don't take a chance.

To track the virus, the Outlaws venture from London to the United States. As they explore the unfamiliar streets and secret passageways of New York City and Los Angeles, they once again risk everything to save themselves ... and the world.

Reviewers have compared the Urban Outlaws series to Alex Rider, James Bond, and a modern day Robin Hood. This latest middle-grade adventure is filled with non-stop action and is not to be missed.