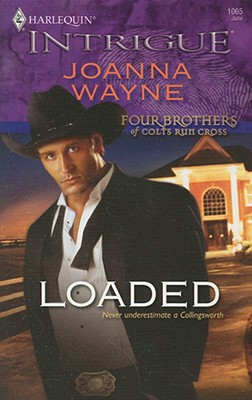 Coming to a woman's rescue was all in a day's work for the billionaire rancher. Little did Matt know that the woman in jeopardy he'd jumped off his horse to save was working undercover, investigating him. By way of his mother, no less!

Trouble had never looked so good to "Shelly Lane." Exposing the Collingsworths was a golden opportunity to prove she had what it took to be a real agent. But she could not let Matt Collingsworth distract her. Even though the man could fill out a pair of jeans--oh my!

What Shelly had to do involved the highest national security and would in the end devastate the Collingsworth empire...and surely destroy her chances for a date with Matt.