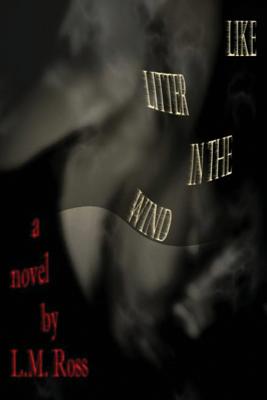 
How could such promise seemingly go so astray? Like Litter in the Wind explores the sweet life and turbulent times of the upper-middle class Swinton family. Proud Harlemites, the Swintons journey from two cool bohemian newlyweds in the late 1950s to become two much respected artists, each in their own right, hitting their luminous prime in the late-970 through the mid-1980s. Dakota is a wife, mother and a successful muralist; a complex and multi-layered woman, who, after a series of miscarriages overcomes issues with depression and emerges from her prosaic half-life to reach for the stars. With a song of ambition still sounding in her spirit, she returns to school pursuing her art with uncommon tunnel vision and relentless passion. Finally, she begins to make her own noise in the world, clawing her way to the top in an 'all pit bull, no poodle' fashion. As her son, Ornette, states: "Life happened to my mother. Some Grand Artistic God or Elusive Touch of the Muse blessed her with a talent, a gift that she used to its greatest extent. She became, at first, noticed for her way with it, and then in time, she would be wildly applauded for it." Dakota was very proficient at painting life the way it should be inside the swirl of her artful imagination...yet she fails so miserably at creating a real life and turning it into something that sustained. Gig Swinton, a husband, father and fiery musician, he belongs to those neon-lit hours of sex, sin and surrender. Gig could make the world sway to his infectious rhythm, but has a difficult time composing in the key of love; because love isn't at all what he imagined it to be: a whispered sweetness followed by the swift and certain velocity of a disappearing act. Ornette is the seer, the sensitive narrator, and Adderly, his illusive brother, and Like Litter in the Wind documents their precarious journey from bashful boyhood to charismatic college students and the setbacks and spills taken along the way. Murder was not something i