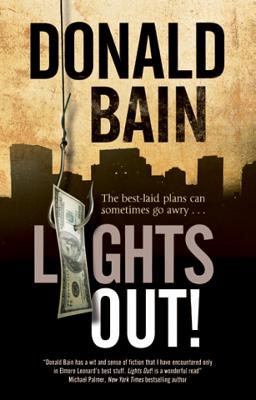 Share:
A bold money-making scheme spins wildly out of control in this absorbing thriller

Five major blackouts have paralyzed the USA since the late 1950s. The sixth will occur in a few months' time.

At the age of fifty-three, married Canadian engineer Carlton Smythe meets a mysterious woman in a Buenos Aires bar - and falls head over heels in love for the first time in his life. Desperate to find the funds to escape his loveless marriage to Cynthia and embark on a new life in Argentina with the beautiful Gina Ellanado, Smythe devises an audacious money-making scheme, brilliant in its simplicity and boldness. But to pull it off, he will need to do business with some wholly undesirable criminal elements, including reputed local Mafia boss Dominick Martone and some USA counterparts. And that's when things start to spin wildly out of control.