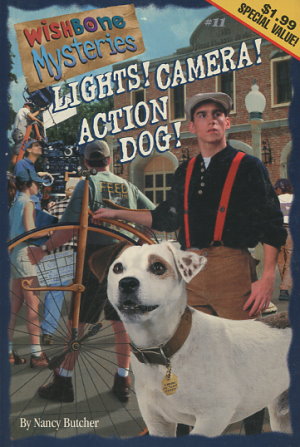 Two of Oakdale's success stories -- the famous filmmaking Drake brothers -- return to their hometown to make a movie about Oakdale during the 1880s. When Joe Talbot lands a role in the film, he and Wishbone- get a taste of the behind-the-scenes excitement ... and the film set's catered snacks. But sabotage soon threatens to ruin the movie. A costume gets destroyed. Then someone steals important props and valuable film. When mysterious notes and odd clues point to someone involved with the movie, Joe and Wishbone decide to discover the truth. And unless they can find the culprit soon, Oakdale's big story will never make it to the big screen!