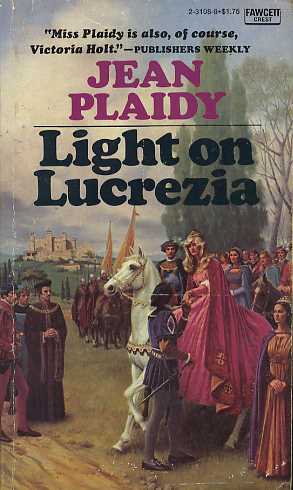 Share:
"Why do these men seek my hand in marriage? Have they not yet learned that my husbands are unlucky men?"

"You are so beautiful, so infinitely desirable," said Alexander.

"No," she answered. "It is simpler than that. I am the daughter of the Pope."

Some said she was an elegant seductress. Others swore she was an incestuous murderess. It didn't matter what they called her. She was the most dangerous and sought after woman in all of Rome. She was Lucrezia Borgia.

Men found her irresistible. But all who succumbed to her charms also became entangled in the nefarious Borgia web of terror and lust. And in the days when the Borgias ruled Italy no one was safe from the long arm of their power. Not even Lucrezia....