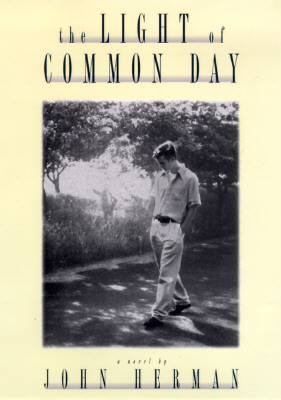 Share:
In The Weight of Love--chosen by Publishers Weekly as one of the Best Books of 1995--John Herman dazzled readers with his stunning look into the contradictions and tragedies of modern love. Now he uses his same powers of language and observation in a spellbinding evocation of that most universal of human journeys, adolescence.

It is spring, 1962. Paul Werth, a junior at Highgate Academy, is smart, well-adjusted, adept at school and sports. But beneath the surface lie stresses and strains that threaten to tear him apart, the most disruptive of which is the death of his father the year before. Still coping with that loss, Paul must find his way among uncertain friends, the pressures of school, the aches of the heart, and a growing scandal over drugs. His loyalties may be dangerously misplaced, and the girl he thinks he loves has secrets that poison their relationship. Without the guidance of his father, with whom he shared a close bond, Paul struggles to bring his perceptions into line with the actualities of common day.

Faithfully capturing the feel of adolescence-its quicksilver changes of mood, its sense of the imminent amidst the ordinary--The Light of Common Day is a hypnotic, moving novel sure to enlarge John Herman's already growing reputation.