Light in the Forest — Conrad Richter 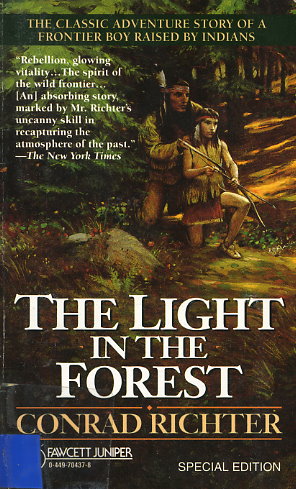 HE HAD BEEN BORN INTO A FRONTIER FAMILY, BUT ALL HE COULD REMEMBER, ALL THAT HE LOVED, WAS INDIAN.

Once upon a time, his name had been John Cameron Butler, but now it was True Son. His adopted father, a great warrior, had renamed him Lenni Lenape Indian warrior and reared him as his own. True Son grew up to think, feel, and fight like an Indian.

But now, at fifteen, True Son was ordered to go back to the white man. The Indians had made a treaty and agreed to return all their white captives. It was an impossible situation for True Son. He couldn't understand that his people were white and not Indian. He had learned to hate the white man. And now he learned to hate his new father, his new house, his new family. He hated the name John Butler. Where did he belong now -- and where could he go?
Reviews from Goodreads.com 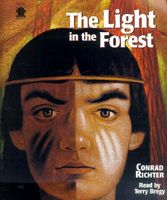 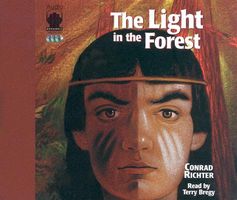