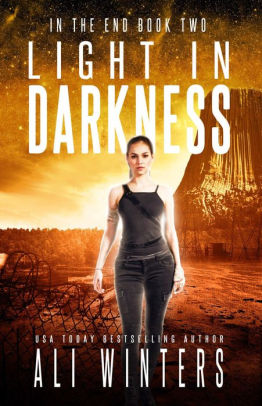 
The conclusion to the In The End duologyWelcome to the new world.We thought we were the last and all we had to do was survive the initial outbreak. Turns out the hard part is surviving each other.Man, the post-apocalypse is brutal.Most of the runners have phased out, but a fraction have survived. They are smarter, faster, and way more deadly.When Jace'el and I are stranded in the middle of nowhere and all our supplies are stolen, we have no choice but to join another group of survivors. But they're leading us into an underground bunker, which severely limits our escape routes.We were supposed to be safe, but the virus has mutated, making the infected smarter than anyone ever thought possible.Our only hope for survival is to make it to the Tower, where we'll be safe behind walls with a group of survivors just like us.That is, if we can outrun the creatures hunting us because safety is really only an illusion.I am Raylinn Marrow, and this is the end of the beginning.