Life on the Preservation — Jack Skillingstead 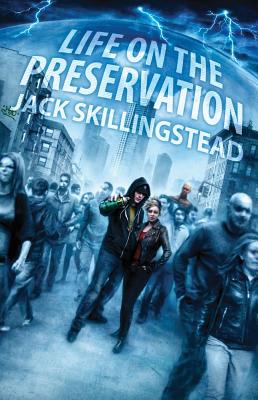 Share:
Inside the Seattle Preservation Dome it's always the Fifth of October, the city caught in an endless time loop. "Reformed" graffiti artist Ian Palmer is the only one who knows the truth, and he is desperate to wake up the rest of the city before the alien Curator of this human museum erases Ian's identity forever. Outside the Dome the world lies in apocalyptic ruin. Small town teenager Kylie is one of the few survivors to escape both the initial shock wave and the effects of the poison rains that follow. Now she must make her way across the blasted lands pursued by a mad priest and menaced by skin-and-bone things that might once have been human. Her destination is the Preservation, and her mission is to destroy it. But once inside, she meets Ian, and together they discover that Preservation reality is even stranger than it already appears.