Life As We Knew It — Susan Beth Pfeffer 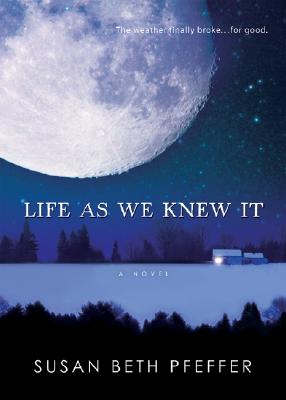 When Miranda first hears the warnings that a meteor is headed on a collision path with the moon, they just sound like an excuse for extra homework assignments. But her disbelief turns to fear in a split second as the entire world witnesses a lunar impact that knocks the moon closer in orbit, catastrophically altering the earth's climate.

Everything else in Miranda's life fades away as supermarkets run out of food, gas goes up to more than $10 a gallon, and school is closed indefinitely.

But what Miranda and her family don't realize is that the worst is yet to come.

Told in Miranda's diary entries, this is a heartpounding account of her struggle to hold on to the most important resource of all - hope - in an increasingly desperate and unfamiliar time.
Reviews from Goodreads.com 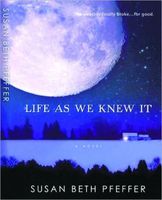 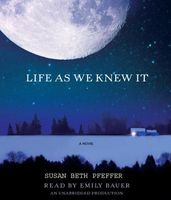