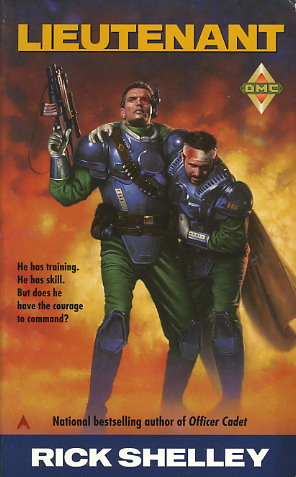 Share:
National bestselling author Rick Shelley has thrilled a legion of fans with his tales of the future of warfare among the stars. In Officer Cadet he introduced Lon Nolan of the Dirigent Mercenary Corps. Now, Lon Nolan returns as a lieutenant in a new adventure -- a tale of leadership and loyalty in the heart of combat...

When Lon Nolan was cheated of his opportunity to serve in the military of planet Earth, he thought his life was ruined.

Having survived the blood rite of first combat, he's now lieutenant on Nolan. He's got the rank -- and he's about to learn about the responsibilities that go with it. For to win in battle, sometimes it's necessary to give the devil his due -- no matter what the cost.