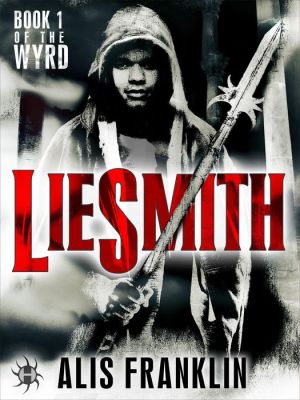 Share:
“In this wildly entertaining debut novel, Australian author Franklin has kicked off what's sure to be a popular series. Fractured, funny, and fast-paced, this book is guaranteed to resonate with fans of mythopoeic fantasy from the likes of J.R.R. Tolkien, George R. R. Martin, and Neil Gaiman.” -- Library Journal

At the intersection of the magical and the mundane, Alis Franklin's thrilling debut novel reimagines mythology for a modern world -- where gods and mortals walk side by side.

Working in low-level IT support for a company that's the toast of the tech world, Sigmund Sussman finds himself content, if not particularly inspired. As compensation for telling people to restart their computer a few times a day, Sigmund earns enough disposable income to gorge on comics and has plenty of free time to devote to his gaming group.

Then in walks the new guy with the unpronounceable last name who immediately becomes IT's most popular team member. Lain Laufeyjarson is charming and good-looking, with a story for any occasion; shy, awkward Sigmund is none of those things, which is why he finds it odd when Lain flirts with him. But Lain seems cool, even if he's a little different -- though Sigmund never suspects just how different he could be. After all, who would expect a Norse god to be doing server reboots?

As Sigmund gets to know his mysterious new boyfriend, fate -- in the form of an ancient force known as the Wyrd -- begins to reveal the threads that weave their lives together. Sigmund doesn't have the first clue where this adventure will take him, but as Lain says, only fools mess with the Wyrd. Why? Because the Wyrd messes back.

“A fabulous start to a new series.” -- The Blogger Girls

“Liesmith is a delightful, refreshing story with some unlikely characters and a plot filled with mythology and adventure that will keep you guessing.” -- Bookwinked

“Exciting and filled with danger . . . Fans of mythology will enjoy this urban fantasy story.” -- Inside of a Dog