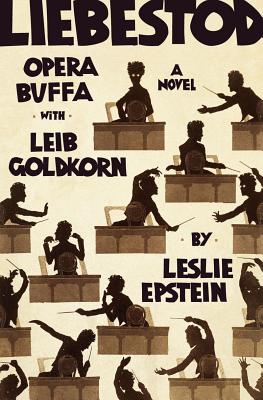 Share:
A multilayered masterpiece of fevered imagination and eroticism, Liebestod soars as the consummate work by one of America's greatest comic geniuses.

As hilarious as it is heartbreaking, Liebestod returns us to Leslie Epstein's most compelling literary character, that European émigré and meagerly successful musician, Leib Goldkorn, whose final years as a randy centenarian in New York City end in one of the most memorable swan songs in recent fiction. Invited back to his hometown in Moravia, Leib discovers that his father is not a hops magnate but actually one of the twentieth century's greatest composers, Gustav Mahler. Returning to New York with a bevy of rabbinical cousins, Leib, now besotted by a world-famed diva, is determined to bring to the Metropolitan Opera Rubezahl, the only opera his real father ever wrote. Yet the much-heralded premiere turns into a fiasco of unimaginable proportions, all breathtakingly relayed by a stunned newspaper correspondent who survives to report on this monumental disaster. With Liebestod, Epstein once again “illuminates the mystery of our common humanity and mortality” (New York Times).