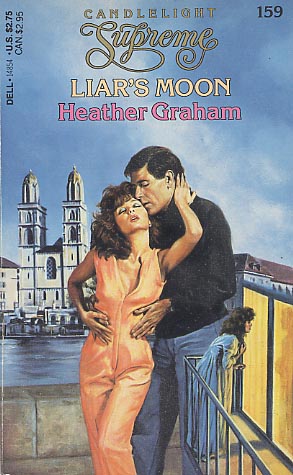 Share:
She'd been a wild teenager willing to risk anything for revenge. But when she seduced Leif Johnston, she hadn't counted on falling helplessly in love... hadn't believed her family would intervene and sweep her off to Switzerland. Seven years later, Tracy Kuger was a successful, independent woman. But her determination to find her father's killer would carry her right back into New York's deceiving limelight... into the treacherous bosom of her powerful family... into Leif's lean, hungry arms. Passion and peril bound them together even as doubts and dangerous secrets tore them apart. Tormented by the past, could Tracy face the truth and embrace the future--a love born under a liar's moon?