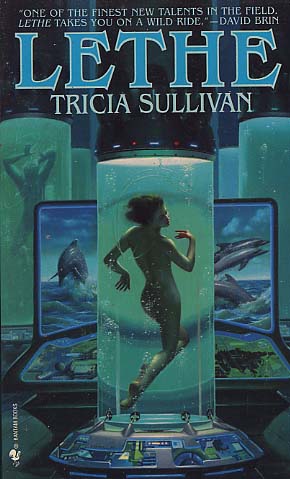 Eighty years have passed since the Gene Wars devastated Earth, decimating the human population and giving rise to myriad new life-forms. Only planetwide rule by an oligarchy of once-human brains in permanent computer interface has allowed "pure" humans to survive. Now, among the dolphins of Australia, Jenae Kim stumbles on information that could mean a new beginning for human civilization: information that the government is determined to keep secret--even if they have to kill her.

On the edge of the solar system, researcher Daire Morales falls through an interstellar gate and discovers an Edenic world to which refugee children from the Gene Wars escaped long ago--but at a terrible price. The onset of adulthood promises a monstrous fate, and now the colony's adolescent leader, Tsering, faces her own violent demise. Only when Jenae exposes the long-buried truth about the Genf Wars does Tsering realize that the memories trapped in the planet's strange, sentient trees have the power to save--or destroy--not only the colony but the hope of humanity itself.