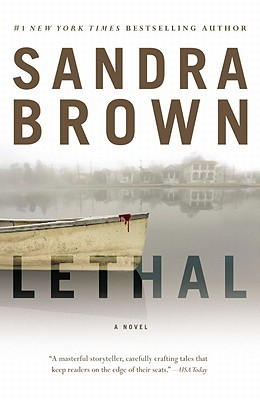 Share:
In her newest book, Sandra Brown returns to the bayous of Louisiana to deliver a heart-pounding tale of corruption, betrayal, and murder . . . and the stakes couldn't be higher.

When Honor Gillette's four-year-old daughter, Emily, informs her that a sick man is lying in their front yard, Honor rushes from her house to help him. But the "sick" man turns out to be Lee Coburn, accused of murdering seven men in cold blood the night before. Dangerous, desperate, and armed, he promises Honor that she and her daughter won't be hurt as long as she does everything he asks. She has no choice but to accept him at his word.

But everything changes when Honor witnesses a shocking act of brutality -- and makes the terrifying discovery that even those closest to her can't be trusted. Coburn claims that her beloved late husband, Eddie, a police officer, possessed something extremely valuable that places Honor and her daughter in grave danger. Honor has no idea what Eddie was hiding, but Coburn convinces her that he must find it before it falls into the hands of The Bookkeeper, a merciless crime boss and ruthless killer who will now stop at nothing until Coburn -- and Honor and Emily -- are dead.

From FBI offices in Washington, D.C., to a rundown shrimp boat in coastal Louisiana, the desperate trio run for their lives from the very people sworn to protect them and, risking all, unravel a web of corruption and depravity that threatens not only them, but the fabric of our society.

With her inimitable talent for combining nonstop action and suspense with riveting human drama, Sandra Brown once again proves herself to be one of the most mesmerizing storytellers of our time.