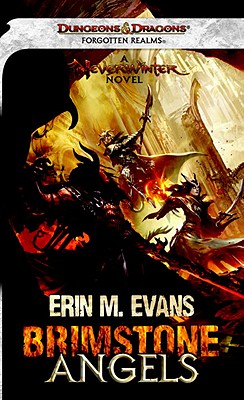 Share:
Rejected at birth and raised in a village of tiefling misfits, Farideh expects a life without friends, love, or control over her destiny. Then she makes a pact with a devil named Lorcan, and everything changes.

Lorcan promises all she ever dreamed of and asks for nothing in return. Her twin sister Havilar urges Farideh to resist the devil's sway. But Farideh's not so sure. Lorcan may be dangerous but the power he offers is exhilarating.

In the ruins of Neverwinter, Farideh's doubts get tangled up in a devilish snare six layers deep. A succubus playing human pawns against an otherworldly foe sees the twins as obstacles in her path. And Lorcan's monstrous sisters have their eyes on the city -- and on Farideh. There's no time to question her pact with Lorcan -- it will take every ounce of Farideh's newfound powers to get out of Neverwinter alive.