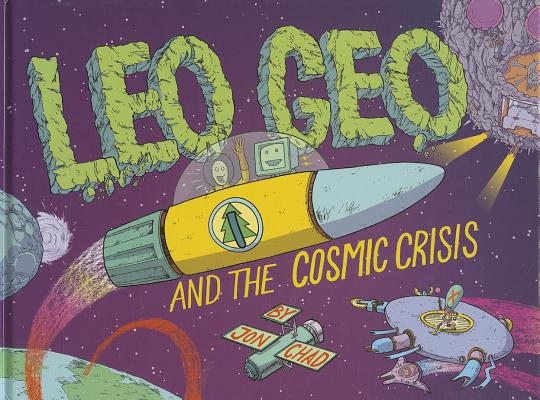 Share:
Intrepid explorer Leo Geo is working in his lab at the Fizzmont institute when he learns that a comet is on a collision course with his brother Matt Data's space station. Without a moment to lose, he grabs his trusty computer, leaps into a rocket, and launches into space.

Astronomer Matt Data is working in his lab at the space station when he learns that his brother Leo Geo's computer is about to suffer a malfunction and turn evil. Determined to save his brother, Leo, Matt leaps into a space ship with his trusty sidekick, Maff, the smartest dog in the galaxy.

Matt and Leo are in for a fantastic adventure filled with space facts in his clever flip-over comic that incorporates an unusual look-and-find component: background characters from one side of the book find themselves pulled through space and time to appear on the other side. See if you can follow their stories from beginning to end!