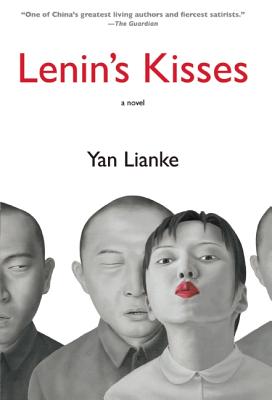 Share:
A mystifying climatic incongruity begins the award-winning novel Lenin's Kisses--an absurdist, tragicomic masterpiece set in modern day China. Nestled deep within the Balou mountains, spared from the government's watchful eye, the harmonious people of Liven had enough food and leisure to be fully content. But when their crops and livelihood are obliterated by a seven-day snowstorm in the middle of a sweltering summer, a county official arrives with a lucrative scheme both to raise money for the district and boost his career. The majority of the 197 villagers are disabled, and he convinces them to start a traveling performance troupe highlighting such acts as One-Eye's one-eyed needle threading. With the profits from this extraordinary show, he intends to buy Lenin's embalmed corpse from Russia and install it in a grand mausoleum to attract tourism, in the ultimate marriage of capitalism and communism. However, the success of the Shuanghuai County Special-Skills Performance Troupe comes at a serious price.

Yan Lianke, one of China's most distinguished writers--whose works often push the envelope of his country's censorship system--delivers a humorous, daring, and riveting portrait of the trappings and consequences of greed and corruption at the heart of humanity.