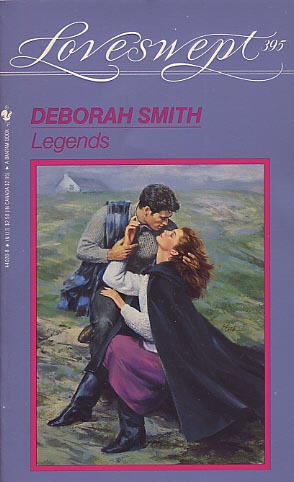 Share:
Who was the mysterious goddess in emerald silk who'd crashed his penthouse party, billionaire Douglas Kincaid wondered as he admired the unusual golden-eyed woman. But when the unknown enchantress lured him to the roof and kidnapped him, the brutally handsome deal maker erupted in fury! Elgiva MacRoth was mesmerized by the arrogant devil whose fortune endangered the future of her tiny Scottish village, but how could she make Douglas understand she'd taken him prisoner to preserve her heritage? He tantalized his lovely jailor with tender savagery, melted her resistance with steamy embraces. She was his greatest challenge, his trickiest negotiation -- and Elgiva had waited all her life for the unconquerable laird who would revel in her sensuality. Douglas had always lived to win, but pride in his victory could cost him the woman he adored. Would admitting his love end an age-old feud and put ancient demons to rest?