Legends of the Caucasus — David Hunt 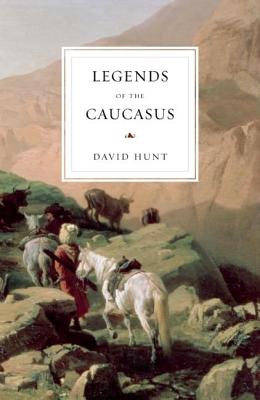 Share:
The Caucasus has an extremely rich folk literature, almost unknown among English speakers, which includes myths, legends, magical tales, anecdotes, and proverbs.
The one hundred and one legends included in this book reflect the cultures of fourteen different ethnic groups—their dynamism and the matters that concerned them: survival against external dangers, the risk of starvation, and the persistence of the family or clan as a coordinated group. Descended from an oral tradition, much of their knowledge was retained in memories and passed down the generations. Yet, with the introduction of the alphabet, the way of life they portray is rapidly becoming extinct.
The translation is derived from the manuscripts of Russian collectors working out of the Russian Empire in the late nineteenth century and from the Soviet Union in the mid-twentieth century. The text is a mixture of prose and verse, reflecting how the legends would have been performed by storytellers within the culture.
This volume includes a map, bibliography, appendix, glossary, keyword and theme analysis, and references.
David Hunt is an expert of Caucasus folk literature. He was awarded the McDowell Prize from the Folklore Society in 2008.