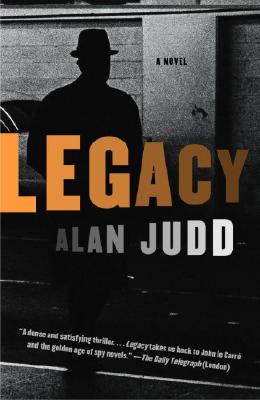 From award-winning author Alan Judd comes a gripping espionage novel set during the height of the Cold War. Capturing the tenor of 1970s London with assuredness on par with that of the genre's greats, Judd has crafted an extraordinary story about a young spy who discovers some shocking truths about his family.

Fresh out of the army, Charles Thoroughgood has barely begun his training in Britain's secret intelligence service, MI6, when his college association with a Soviet diplomat lands him on a case. The diplomat, Viktor Koslov, has been working in London and is behaving in ways that may suggest he's turnable. Charlie's higher-ups hope to exploit Viktor for their own purposes. But when Charlie makes contact, Viktor reveals certain information about Charlie’s family that he would rather not believe. Charlie soon finds his desire to learn the truth to be at odds with the goals of MI6. Caught at the intersection of the professional and the personal, he sets out to untangle the story within a story--all the while navigating a dangerous web of crosses and double-crosses that draw him deeper and deeper into the vortex of the international intelligence machinery.
Reviews from Goodreads.com