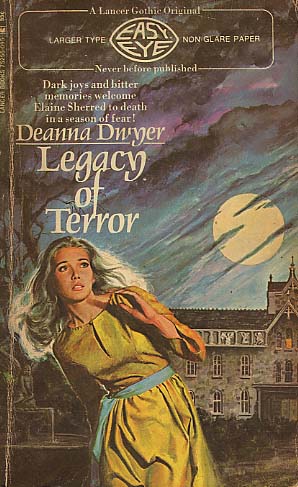 It was the season to be jolly, a time made for all children, and for all grownups who would never grow old. It was the happiest time of the year, a time of renewed friendships, and of strangers being welcomed into the house. It was the time to reflect again on events that had transpired 2000 years ago ... It was not the time for murder.

But Death knows no holiday season, The sight o f happiness can only be answered by bitterness, and the darkest joys. This Christmas would not be a time of peace among men of good will... and the horror of this darkest of dark holidays would live on for fifteen years, live on until an innocent stranger would be caught up by the unforgettable terror of that long-ago Christmas, trapped in a celebration of death!

THE SEASON OF EVIL

Once Elaine was dressed for bed, she chose a book and settled down. Her eyes soon grew heavy, so she marked her place and turned out the light, exhausted from the day of arrival.

It seemed impossible that this was her first day in the Matherly house.

She was soon dreaming, a rare dream, it was the night before Christmas. She no longer believed in Santa Claus, so why wait? One of the presents was a large red and green box. She wondered what anyone could have gotten her that was so big, and chose it first. She pried the lid off, peered inside…and tried to look away. She could not move. She opened her mouth and sucked air and finally screamed…

But the scream continued.

It was not her scream any longer, and not the scream of a nightmare. It was real; a woman's voice; the cry of a woman in the most terrible agony…