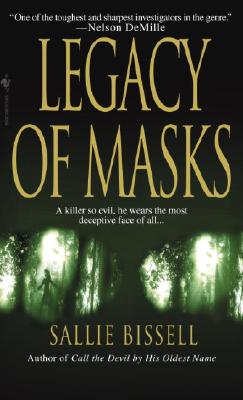 This killer is so evil, he wears the most deceptive face of all....

Ex-prosecutor Mary Crow didn't expect a hero's welcome when she returned home to Pisgah County, North Carolina. But what she did expect was the job she'd been promised in the D.A.'s office. Instead she found she'd worn out her welcome before she even arrived -- and that she has more than a few enemies among the supporters of the corrupt sheriff she'd caught sidelining in murder years before.

The new sheriff was one of Mary's childhood schoolmates, timid and nerdy Jerry Cochran. Only Cochran is neither nerdy nor timid anymore. And when a young girl is found brutally murdered and everyone, including the girl's parents and the police, is sure the killer is a young, mystical Ani Zaguhi Cherokee named Ridge Standingdeer, Mary's first case in her own law firm slams her into the heart of a controversy. As a prosecutor, Mary was used to tenaciously tracking down the guilty. Now she finds herself on the other side of the law, defending a client she's sure is innocent against a merciless system, a bigoted town...and an even more ruthless killer. With her old lover Jonathan Walkingstick, Mary will have to go where she's never gone before -- a place where a psychopath with the perfect mask and a shocking secret is waiting to add Mary herself to his growing collection of silent victims.
Reviews from Goodreads.com