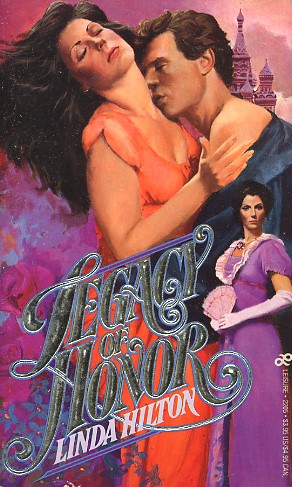 Share:
SHE WAS A WOMAN WITH NOTHING TO LOSE
HE WAS A MAN WITH EVERYTHING TO WIN

ALEXANDRA--She aspired to the luxurious aristocracy which had been wrested from her when we revolutionaries dragged her father off to the guillotine. Then she lived only for revenge.

MIKHAIL--He was a daring Russian spy, dedicated to the downfall of Napoleon, no matter what the cost.

Together, they would form a conspiracy that would forever change the course of empires. Together, they would find a love so strong that it would defy the power of emperors and kings, a love that was to be forged in the flames of Moscow, tempered in the agonizing cold of the Russian steppes and proven on the barren, wind-swept English moors.