Legacy of Fear — Evelyn A. Crowe 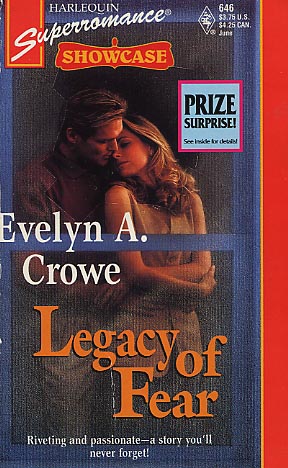 Share:
They'd told her she was a murderer. They'd lied.

Ten years ago, when she was just thirteen years old, Deanna Deveraux had been found clutching a bloody knife, her murdered grandmother in her arms. Ten years ago, with her memory a total blank, she'd been committed to a very private, very luxurious sanatorium.

But now she remembers ...everything. Except who the real killer is. And although she's finally been released, she can't tell anyone about her innocence or even that her memory's returned. Because now she knows she can't trust anyone ....

Not even the man she's falling in love with.