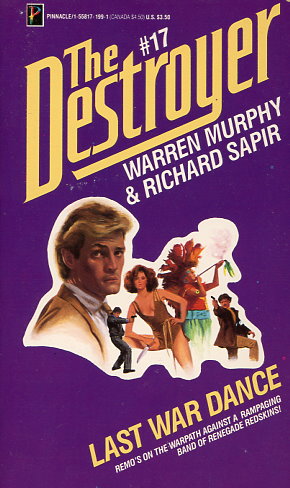 Radical members of the Apowa Indian tribe have taken over the small western community of Wounded Elk. It seems the captured cowtown borders the nation's largest top-secret nuclear installation. And if their demands aren't met -- and soon! -- the blackmailing braves are threatening to blast every man, woman, and child west of the Pecos to the Happy Hunting Ground!

Remo Williams, ancient Sinanju assassin Chiun's ace student, has no reservations about taking on a group of irate Red men with their fingers on an atomic trigger. And before they start sending mushroom cloud smoke signals, the Destroyer's determined to bury their hearts -- and everything else -- at Wounded Elk!