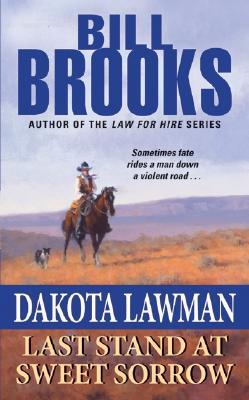 Share:
Jake Horn was a healer -- until he was falsely accused of murder and had to run. Now the hands he once used to cure the ailing have a new purpose: wrapped around the handles of twin six-guns.

A good man in a bad town

Aptly named, the town of Sweet Sorrow, within the Dakota territories, is the kind of place that draws all manner of misfits, drunks, gamblers, and dreamers -- a perfect town for Jake Horn to get lost in. But a strange plague of madness, brutality, and murder seems to run rampant here -- and a slippery Texan named Roy Bean is pressuring Jake to bring a much-needed sanity to the lawless outpost.

But accepting the job of Marshal could be the last humanitarian act Jake ever performs. Because thunder is rumbling on the horizon -- and a famous bounty hunter from Bismarck is rolling in on the evening stage, determined to collect the substantial reward being offered for bringing the fugitive Jake Horn in stone-cold dead.