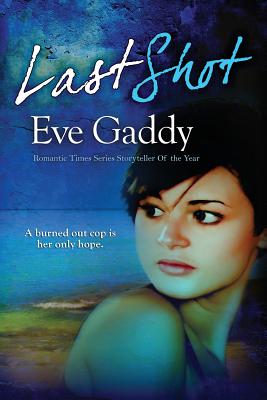 Murder is the last thing homicide Detective Nick Sheridan wants to deal with when he retreats to the small, coastal town of Freedom, Texas. His last case-possibly his last ever-was the most horrific he'd ever seen. No, he wants to drink, forget, and find a warm, willing woman.

The Last Shot Bar & Grill seems like the perfect place to do that.

Della Rose, single mother and waitress at the Last Shot, is anything but warm and willing. Della has baggage; she pegs Nick as a cop the moment she sees him, and no matter how hot he is, she's not interested. When her boss, Charlie Banks, is murdered and the local police chief writes it down as a robbery gone bad, Della is forced to turn to Nick for help.

Soon, Nick is unwillingly drawn in to the mystery of why Charlie was murdered and what the gunmen wanted. As Nick and Della enter a red-hot affair, Nick falls hard for Della, but Della has no intention of a serious relationship.

Della and her family are in danger. Nick's instincts are to protect and serve, but Della's are to push away anyone who might hurt her. Even him.

Can they catch a murderer and solve the mystery without Della's life being torn apart once again? And can they put aside their past long enough to trust their love?