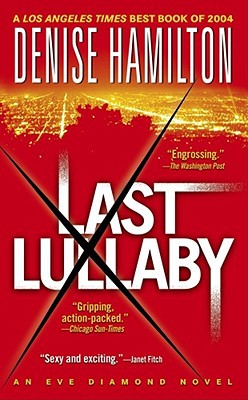 Share:
Los Angeles Times reporter Eve Diamond has spent the day at LAX, shadowing U.S. Customs Supervisor William Maxwell. He's got his eye on an incoming flight from Beijing via Seoul and Tokyo. The flight's packed with the usual mass of humanity, ranging from the elegant Asian woman in the raspberry silk pantsuit who emerges from first class carrying a tired toddler to the scruffy students who have spent the long flight in economy.

Suddenly, shots ring out. Three people are dead, including two men who appear to be businessmen and the silk-clad woman. The man who was booked on the flight as the dead woman's husband is missing. And the sad little toddler is left behind.

Who is this child? Her passport says she's Japanese, but she doesn't seem to understand the language. Was the dead woman really her mother? Why has the child made five transpacific flights in one year? And why does the INS whisk her immediately into hiding?

Is this child a pawn in a larger scheme? Why would criminals care about this little girl? And why is Eve, too, in danger? Eve knows she must try to find the answers. Her search takes her into L.A.'s sleazy hotels, cybercafes, and into the upscale milieu of trendy restaurants and high-powered human-rights lawyers. Nothing is quite what it appears to be, and nobody seems to want Eve to find the child.