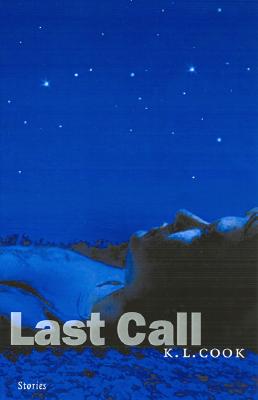 Share:
K. L. Cook’s debut collection of linked stories spans three generations in the life of one West Texas family. Events both tender and tragic lead to a strange and lovely vision of a world stitched together in tenuous ways as the characters struggle to make sense of their lives amid the shifting boundaries of marriage, family, class, and culture.
A series of unusual incidents—a daughter’s elopement, a sobering holiday trip, a vicious attack by the family dog, a lightning strike—provokes a mother of five to abandon her children. An oil rigger, inspired by sun-induced hallucinations, rescues his estranged wife, who doesn’t appreciate his chivalry. In the wake of his father’s and brother’s deaths, a teenage boy finds a precarious solace working with his mother at a country-western bar. A cosmetics salesman schemes to buy Costa Rica and flirts dangerously with mobsters in Las Vegas. A woman fleeing her fourth marriage arrives at a complicated understanding of love and responsibility.
Railroad worker and conman, grieving son and battered wife—these characters explore the limits of family fragility and resilience. Their stories—suggesting unlikely connections between comedy and pathos, cruelty and generosity—promise a hard-won dignity and hope.