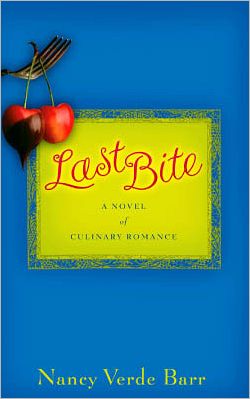 Share:
After ending a bad relationship, Casey Costello, an executive chef at a morning television show, swears off men. Who has the time anyway? She's busy overseeing a rambunctious food-prep crew in a kitchen the size of a closet; trying to please high-maintenance celebrity guest chefs; and dealing with her large extended Italian American family, who believe that the solutions to life's problems involve food. And in the midst of her high-energy, stress-inducing career--punctuated by a steady stream of parties and restaurant openings that must not be missed--she's trying to uncover why Sally Woods, a grand old dame of the culinary world and regular on the television show, is suddenly ready to jump ship and find a new station and a new exectuvie chef.

When Danny O'Shea, a handsome chef from one of New York's hottest new restaurants, makes a guest appearance on the show, Casey smells trouble. But feelings ignite faster than a flambe dessert, especially when Danny whips up a few surprises during a television shoot in Italy.

Narrated in Casey's smart and refreshingly disarming voice, Last Bite is an irresistible culinary caper, with characters whose appetites are as big as their personalities.