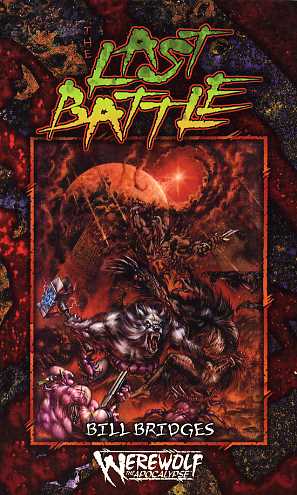 For millennia a dwindling race of shapechangers has lurked in the woods and glades of the world. These werewolves, these Garou, hold a sacred duty to protect the Earth and fight the corrupt spirit known as the Wyrm. But the battle is not an easy one-the enemy grows stronger daily and the Garou grow fewer. Tribal battles and personal rivalries have long divided the Garou, making their struggle all the harder. And with every dawn, the final reckoning-the Apocalypse-looms closer.

Jonas Albrecht and his packmates have felt the weight of these times more heavily than most. Once an exile from his people, Albrecht has risen to the lofty position of king. But as the prophecies come true and the final call to battle sounds, Albrecht faces the prospect that all he has gained has been for naught. The prophecies are clear: The Last Gaian King will fall to the Wyrm.