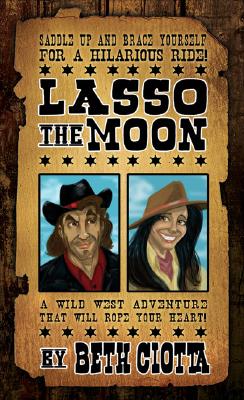 Share:
Motivated by a childhood promise, Paris Garrett travels to the wilds Arizona Territory (1871) to seek fame as a stage actress. Never mind that she doesn't possess a lick of experience or that her true passion is songwriting. Before he died, her beloved papa encouraged her to reach for the stars. She promised to lasso the moon! She's already slipped free of her over -- protective brothers. Nothing and no one, especially some badge-wearing Romeo, is going to rein her in or stand in her way.

Joshua Grant's life went from diamonds to dirt in less time than a rattler strikes. Nis uncle was killed, leaving him with an opera house he doesn't want, and forcing him to quit the law enforcement Job he loved. The topper: In order to keep his sidewinder snake of cousin from inheriting, he has to honor his uncles will and mar within two weeks. Life can't get much worse, and then he falls for an eccentric, spitfire songwriter with a mysterious past and a passel of troublesome admirers. Marrying Paris is about as smart as kissing a coyote, but that's exactly what he intends to do -- whether she likes it or not.

Together they could realize their dreams. That's if they don't drive each other crazy first!